Local crowdfunded concert series – noisenights – announced this week that they will bring a unique mini-festival to a beer garden in the heart of Dalston on Sunday 17th of July. It will be the first time that live music has appeared at the newly refurbished Speakeasy Dalston, and the first in the noisenights series to be hosted outside. The series has so far taken classical stars into the clubs of Hackney, but organisers through the noise have changed their usual format to coincide with the expected heatwave.

The event will feature BBC Young Musician Winner and international cello star Laura van der Heijden performing a solo programme, followed by live samba from award-winning Brazilian guitarist Fabricio Mattos and his band. There will be cocktails, beer and a full dine-in menu, with tables available in the shady garden opposite Dalston Junction station.

through the noise’s groundbreaking noisenights series has brought international stars to local Hackney venues – including The Jago and OSLO – and they have so far featured on BBC Radio 3 and 4, Classic FM, and BBC Four. Tickets to the noisenights summer party start at £5.

through the noise Co-founder and Artistic Director Jack Bazalgette said:
“We’ve been overwhelmed by the support for our new way of funding live music in Hackney, and we thought that the Speakeasy’s amazing beer garden would be the perfect place for some amazing live music, food and drinks in the sun. We’ve had an overwhelming response from our local Dalston community, and we can’t wait to hear Laura, Fabricio and all our wonderful musicians live!” 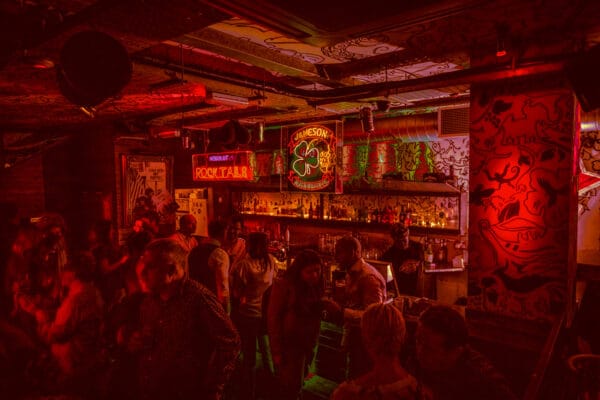 Crowdfunded classical mini-festival comes to East London
You must be logged in to submit the form.

Send this to a friend
Hi, I thought you might like to know about this listing from Mozartslist:
https://mozartslist.com/blog/crowdfunded-classical-mini-festival-comes-to-east-london/