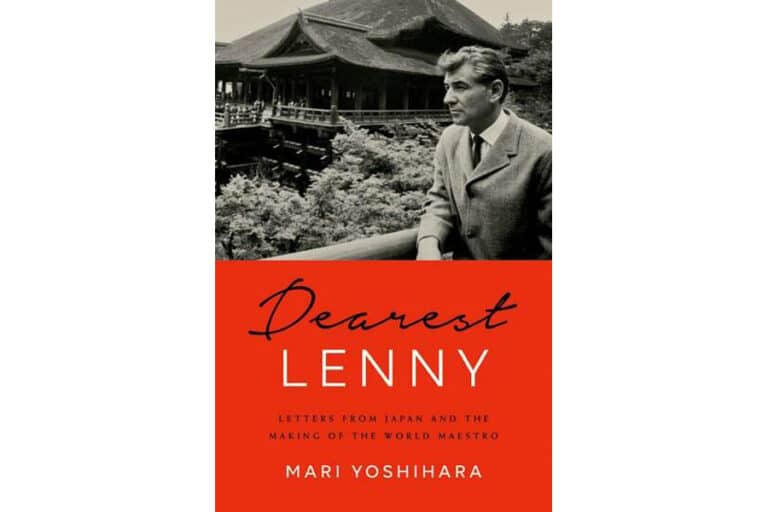 Dearest Lenny: Letters from Japan and the Making of the World Maestro

Much has been written about Leonard Bernstein, a musician of extraordinary talent who was legendary for his passionate love of life and many relationships. In this work, Mari Yoshihara reveals the deeply emotional connections Bernstein formed with two little-known Japanese individuals, which she narrates through their personal letters that have never been seen before.

Dearest Lenny interweaves an intimate story of love and art with a history of Bernstein’s transformation from an American icon to a world maestro during the second half of the twentieth century. The articulate, moving letters of Kazuko Amano–a woman who began writing fan letters to Bernstein in 1947 and became a close family friend–and Kunihiko Hashimoto–a young man who fell in love with the maestro in 1979 and later became his business representative–convey the meaning Bernstein and his music had at various stages of their lives. The letters also shed light on how Bernstein’s compositions, recordings, and performances touched his audiences around the world. The book further traces the making of a global Bernstein amidst the shifting landscape of classical music that made this American celebrity turn increasingly to Europe and Japan. The dramatic change in Japan’s place in the world and its relationship to the United States during the postwar decades shaped Bernstein’s connection to the country. Ultimately, Dearest Lenny is a story of relationships–between the two individuals and Bernstein, the United States and the world, art and commerce, artists and the state, private and public, conventions and transgressions, dreams and realities–that were at the core of Bernstein’s greatest achievements and challenges and that made him truly a maestro of the world.

Dearest Lenny: Letters from Japan and the Making of the World Maestro
San Francisco San Francisco, California
You must be logged in to submit the form.

Dearest Lenny: Letters from Japan and the Making of the World Maestro

Send this to a friend
Hi, I thought you might like to know about this listing from Mozartslist:
https://mozartslist.com/classified/dearest-lenny-letters-from-japan-and-the-making-of-the-world-maestro__trashed/