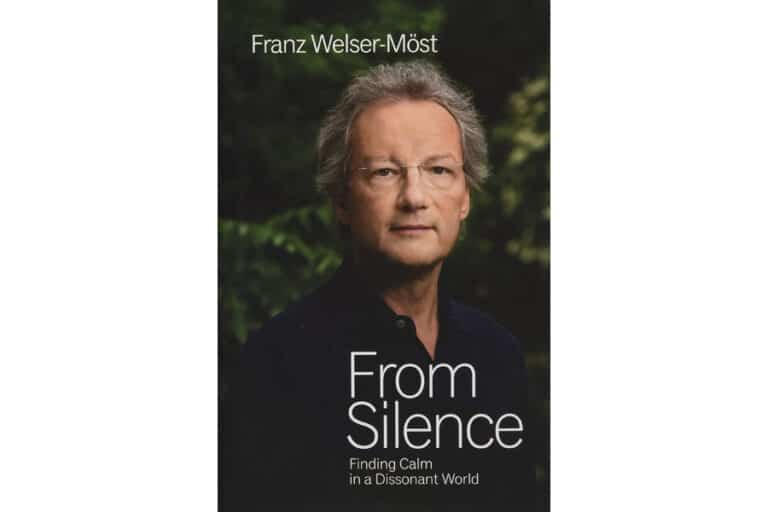 From Silence: Finding Calm in a Dissonant World

A powerful and thought provoking memoir from one of the world’s most successful orchestral conductors, whose life story, talent and dedication to music is an inspiration to read. A tragic car accident when Welser-Moest was a student shaped both his career and approach to music in the most profound and unexpected way. This book offers an insider’s view of the complex relationships between an opera house, its orchestra, the conductor and singers, and the creative struggle by all these parts to achieve perfection in every performance.

Available in English and German.

For 19 years, Franz Welser-Moest has shaped an unmistakable sound as Music Director of The Cleveland Orchestra in Ohio, with their acclaimed partnership extended to 2027, making him the longest-serving musical leader in the ensemble’s history. The New York Times has declared Cleveland under Welser-Moest’s direction to be “America’s most brilliant orchestra,” praising its virtuosity and elegance of sound. As a guest conductor, Franz Welser-Moest enjoys a close artistic partnership with the Vienna Philharmonic. He has twice appeared on the podium for their celebrated New Year’s Concert. Franz Welser-Moest is also a regular guest at the Salzburg Festival where he has set new standards in the interpretation of the operas of Richard Strauss. In 2021 he will return to conduct Strauss’s Elektra. He is an Honorary Member of the Gesellschaft der Musikfreunde in Vienna, winner of the Vienna Philharmonic’s Honorary Ring, and has been awarded the Kilenyi Medal of the Bruckner Society of America as well as the Kennedy Center Gold Medal in the Arts.

Video / Audio 1:
From Silence: Finding Calm in a Dissonant World
San Francisco San Francisco, California
You must be logged in to submit the form.

From Silence: Finding Calm in a Dissonant World

Send this to a friend
Hi, I thought you might like to know about this listing from Mozartslist:
https://mozartslist.com/classified/from-silence-finding-calm-in-a-dissonant-world/