When the World Stopped to Listen – Stuart Isacoff

From the acclaimed author of A Natural History of the Piano, the captivating story of the 1958 international piano competition in Moscow, where, at the height of Cold War tensions, an American musician showed the potential of art to change the world.

April of 1958–the Iron Curtain was at its heaviest, and the outcome of the Tchaikovsky International Piano Competition seemed preordained. Nonetheless, as star musicians from across the globe descended on Moscow, an unlikely favorite emerged: Van Cliburn, a polite, lanky Texan whose passionate virtuosity captured the Russian spirit.

This is the story of what unfolded that spring–for Cliburn and the other competitors, jurors, party officials, and citizens of the world who were touched by the outcome. It is a behind-the-scenes look at one of the most remarkable events in musical history, filled with political intrigue and personal struggle as artists strove for self-expression and governments jockeyed for prestige. And, at the core of it all: the value of artistic achievement, the supremacy of the heart, and the transcendent freedom that can be found, through music, even in the darkest moments of human history.

“A tightly focused monograph that profits from the fact that its author is himself a pianist… If you want to know why Cliburn played the way he played—and how his distinctive style helped him win—then Mr. Isacoff is your man.” —The Wall Street Journal

“Not only is Isacoff’s prose evocative, he is both a pianist and a historian of the piano. His descriptions are often music lessons in themselves.” —The New York Review of Books

“Stuart Isacoff is a music scholar, and a superb one… This was a fascinating and important event… A juicy book.” —The National Review 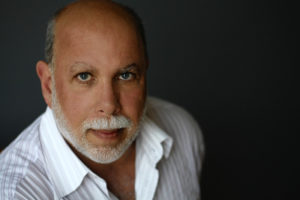 Video / Audio 1:
When the World Stopped to Listen - Stuart Isacoff
San Francisco San Francisco, California
You must be logged in to submit the form.

When the World Stopped to Listen - Stuart Isacoff

Send this to a friend
Hi, I thought you might like to know about this listing from Mozartslist:
https://mozartslist.com/classified/when-the-world-stopped-to-listen-van-cliburns-cold-war-triumph/