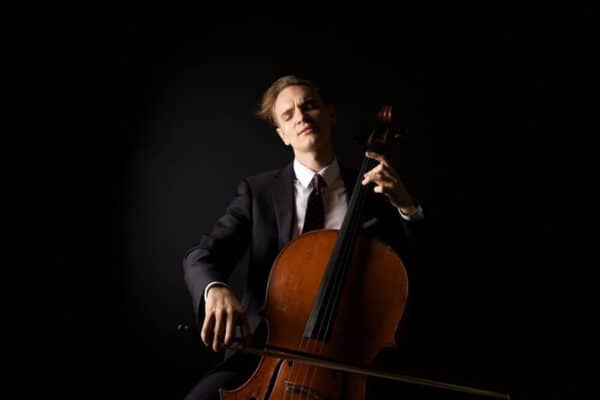 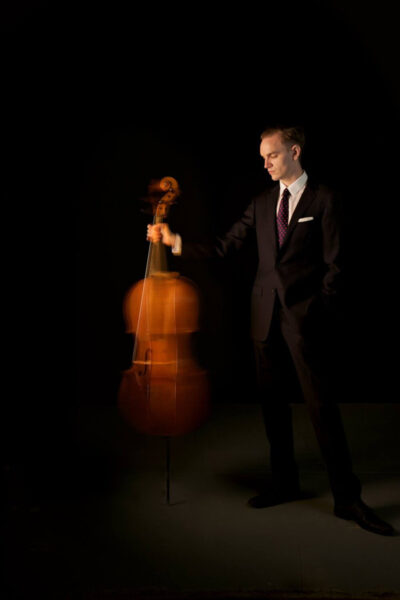 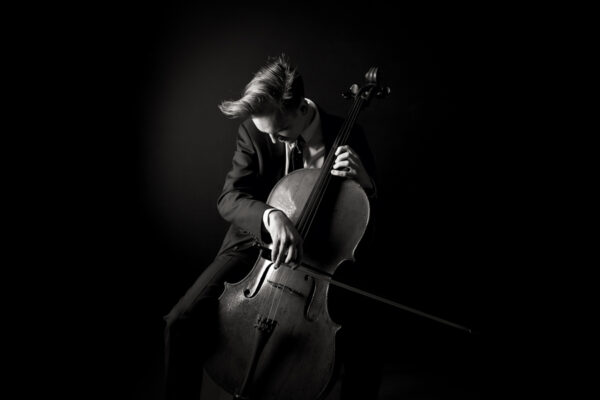 The title evokes the two gestures which are at the origin of the work on the one hand the pattern which I call 'spinning tops' turning around on the one spot or undergoing changes, and on the other, timeless moments, centered on the sound color and texture.

The entire piece unfolds either around or between these two gestures. I chose to re-tune the instrument in order to personalize the harmonic writing the fifths are replaced by structures favoring major sixths and minor thirds.

Challenged by this scodatura, the sonority of Spins and Spells reminds me of the music and the instrumental colors of another age, far older than those of the ecelllo that we know, although seen and transformed again through my own universe.

Coleman Itzkoff is a cellist and performer currently based in New York City. Hailed by Alex Ross in the New Yorker for his “flawless technique and keen musicality,” Coleman enjoys a diverse musical life playing classical, contemporary, and baroque cello interchangeably, in addition to arranging and improvising music. Recent highlights include performances with the Houston Symphony, San Diego Symphony, Cincinnati Chamber Orchestra, chamber performances at La Jolla Summerfest, Yellowbarn, Marlboro Music Festival, Baroque performances with Ruckus at Caramoor, the Philharmonia Baroque Orchestra at Stanford’s Bing Concert Hall, and the release of the film and soundtrack for the Amazon Original ‘The Mad Women’s Ball’ for which he was the sole arranger and cellist.

A true interdisciplinary artist of the 21st century, Coleman has been featured in several projects as actor, dancer, musical artist on the stage and on film. He is a long time collaborator of the director and choreographer Bobbi Jene Smith, having appeared live in her work ‘Lost Mountain’ and in her upcoming film ‘Broken Theater.’

Coleman is a founding member of AMOC, the American Modern Opera Company. He holds a Bachelor’s in Music from Rice University, a Master’s in Music from USC, and an Artist Diploma from The Juilliard School.

Send this to a friend
Hi, I thought you might like to know about this listing from Mozartslist:
https://mozartslist.com/mozart-tv/coleman-itzkoff-cello/