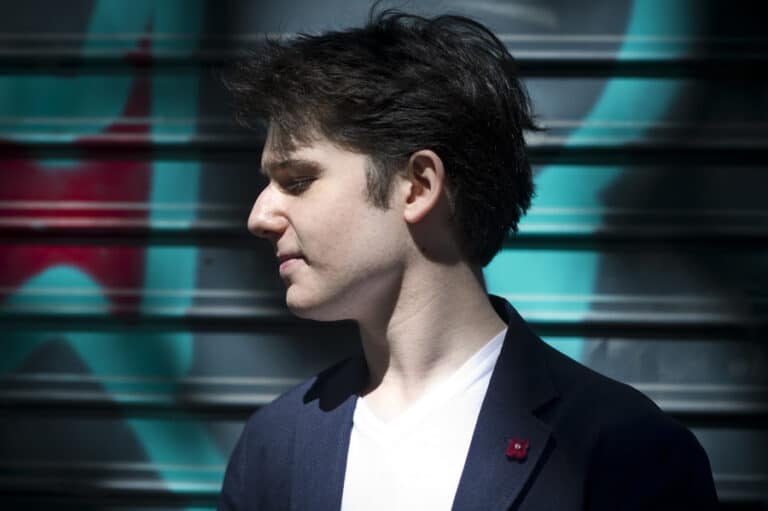 Since I started playing the piano, my first teacher, Nicolas Horvath, always encouraged me to participate in competitions, as it was a good way to get used to being on a stage, and to more easily see where your level was at, or what progress you could make.

After participating (and winning) in some national competitions in France, we decided to try an international one, and sent out an application for the “American Protégé” competition in the U.S.A., without quite knowing what to expect. This was in 2009, I was only 11 years old. And it turned out that I won the 2nd Prize in my age category! What an unexpected achievement that was.

I was invited to perform at the gala concert in New York City, in May of that year. I had to prepare intensely, although I don’t quite remember what that involved: I simply recall being brought to a hairdresser for a fresh cut, and showing them a picture of Franz Liszt saying that I wanted the same hair cut. We also needed fresh concert clothes for that occasion, and once we arrived in New York, we went straight with my parents at the Brooks Brothers shop in Lower Manhattan. I remember as a kid feeling really important with all the fuss.

I was due to play in the Merkin Concert Hall at Kaufman Center. Needless to say, this was the biggest hall I had ever played in.

I walked on stage, and way before I arrived in front of the piano, in the right hand corner on the podium, I bowed very quickly, as if I was really in a rush to go and play (I reckon that’s what’s called nerves?). I started playing Fauré’s Improvisation in C-Sharp Minor, a short yet rather complicated piece for a kid with a lot of complex harmonies. Quite in the beginning of the performance, I made a small memory mistake (a harmony change in the left hand that got messy), which didn’t last for even half a bar and which (I noticed afterward on the video) was actually barely noticeable to the audience. I was devastated at that point, and thought that I messed up the performance. I however managed to finish the piece without any further incident, and I proceeded to play the second piece of the program, Debussy’s Doctor gradus ad Parnassum, quite convincingly. The audience cheered enthusiastically after the last chord, and I bowed even faster than when I got on stage, looking quite visibly disappointed about my performance. I went to my seat in the audience, and almost started crying, as I was truly convinced that this was not a good performance.

Afterwards, my teacher (who made the trip with us to New York) told me a piece of advice I’ll never forget: no matter how the performance was, always look happy and confident about your playing, always smile. There will for sure be some disappointing performances in one’s career, but you should never show it to your audience.

With all this tremendous experience and confidence I gained, later on that year, I passed in Paris a pre-selection audition for the Osaka Music Competition, in Japan. I played Debussy’s Passepied from the Suite Bergamasque, which was already a much more complex piece than Doctor Gradus. It seems like I played with an increased confidence and assurance in my musicianship. It was messy here and there, because my technique wasn’t great at the time, but the musical intentions were clearly present. To our great surprise, I was selected to participate in the final round which would take place in Japan in October.

Not even half a year passed between May and October 2009, which in an adult life is a very short time, yet in an 11-year-old’s life is an eternity. I had gained so much experience in this time frame, and also physically I looked different, I became more mature.

We arrived with my parents in Ibaraki, a suburb of Osaka. Going to Japan back in 2009 was not as easy as it is nowadays, with no smartphones, no free data /internet connection, no Google Maps…and in this region which had few tourists, English was barely, if ever, spoken. So it was absolutely necessary to have a small vocabulary of Japanese words to ask for help or for directions.

It turned out that when we arrived at the competition’s location, there was no warm-up space before the performance, which is not ideal (especially where you’re still fighting jet-lag). After much negotiation in broken English (them) and Japanese (us), they indicated with extreme politeness, a location where I could use a piano. My father took me by taxi (the only one we randomly found in this remote town), and when we arrived at the location, he told the driver to wait for us: “Chotto matte kudasa,” praying that he would understand. I got into a room with a piano indeed, but also about 20 other instrumentalists (from violin to trombone, including, but not limited to, cymbalists) who were playing in a chaotically organized cacophony. To this day, I still have no rational explanation to why this was happening, but long story short, I warmed up for about 10-15 minutes without hearing a single note of what I was playing—but the fingers were warm, at least.

We got back into the taxi who miraculously actually waited for us (otherwise we’d be truly doomed), and arrived back to the competition. My turn came soon after, and I entered the stage. This time, more calmly, more confident, and I bowed in the right spot. I had to adjust the Japanese wooden chair, which has a completely different system than our usual piano benches, but still managed to change to the desired height. I proceeded to play two Songs Without Words by Mendelssohn, Op. 19 n° 5 & 6. I must say that the performance went extremely well, and to my great surprise, well above anyone’s expectations. I went off stage and felt extremely happy and relieved to have been able to pull off such a performance.

I thought to myself, this is it, no matter the result, this is what I want to do for a living—to be on a stage.

During the few hours of waiting for the results, we had the opportunity to share a meal (I remember  the tonkatsu – fried pork) with the Japanese sound engineer, and later to spend time with a Japanese teacher who brought her students to the competition—all of whom are still in friendly contact with me.

Finally, we learned that I won the 3rd Prize (with no 1st Prize attributed). What a joy we felt! This was, once again, so unexpected. We celebrated properly: by getting lost in Osaka without knowing our directions, trying to get some help from a friendly passerby in our broken Japanese!

After this success, my teacher taught me a second lesson: to never get too enthusiastic about winning a competition. Of course, one should acknowledge the achievement, and enjoy the moment, but this should be short. As soon as I came back to Paris, I went back to working hard, with extra motivation, an onto the next challenges! 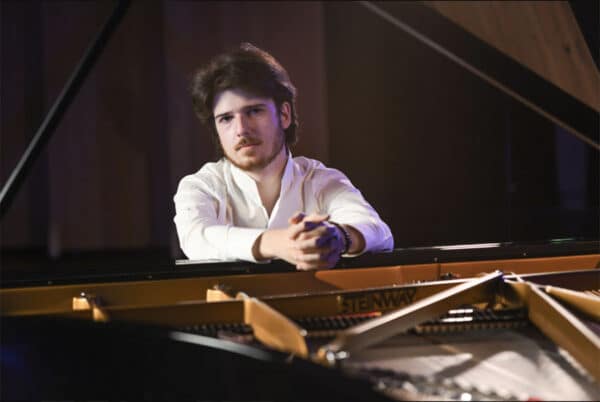 Send this to a friend
Hi, I thought you might like to know about this listing from Mozartslist:
https://mozartslist.com/portraits/please-pass-the-tonkatsu/