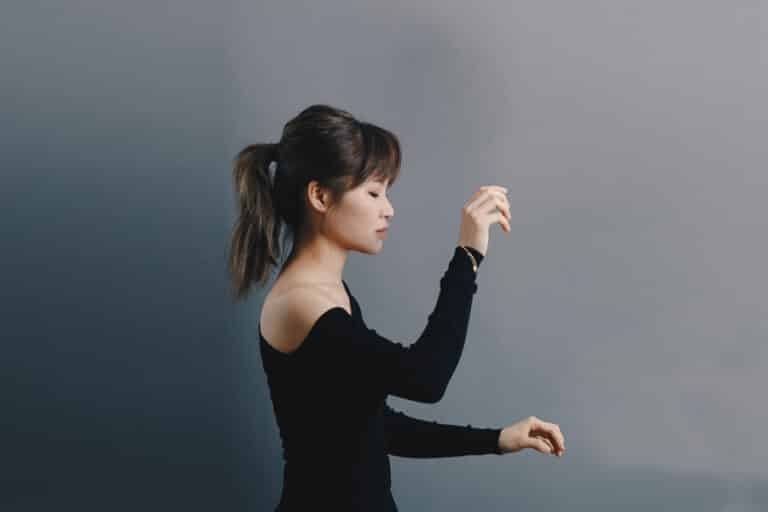 A Little Prelude from the editor (Kathy Geisler)

With the new images from the James Webb Space Telescope, there is talk of an estimated 200 sextillion stars out there in the universe, a number that it is difficult to find references to (200,000,000,000,000,000,000,000 – aka 200 billion trillion). So if your problems did not already seem small in relation to the daily devastations around the planet, I’m here to tell you they get even a little more insignificant seeming. Although as we know, it’s all relative.

Since 2020, with so many things halted and this forced time of examination, we have been able to see how fragile our systems are (and they are ‘our’ systems, whether we want to claim them or not), and even more apparent, how fragile the environment actually is. Our little minute planetary ecosystem. The only one we have. Just like our bodies, the only one we get.

At the same time, the classical music world became very aware itself as this frail thing during the last few years of asynchronous meetings. How do you have a community, a concert, when no one can be in the same place at the same time? And even if you do find a way, as many did, is that a phantom experience (the illusion of a concert without the actual presence of everyone there)?

The vulnerability of the world’s ecosystem and the challenges faced for classical music, maybe they are not so different. They are both in some way endangered.

Is it a coincidence then that the world starts having these extreme weather events and at the same time an epic pandemic hits us mere mortals? Sure it’s a complete coincidence. Because anyone can say anything, and we are just noticing all these things and calling them coincidences. Still, it does make it seem like there are a lot of things that demand our attention all at the same time, the kinds of things that won’t be ignored.

I’m thinking about challenges and how they force us to be better, to invent, and to find purpose and meaning. Everyone has something, something from their childhood (sorry to remind you!) or any number of challenges personally, professionally, and otherwise. I think I once read about a guy who claimed to have had the perfect idyllic childhood, and as an adult he became a best-selling author of children’s books. But he is the exception. And really it’s not a bad thing, it is ‘the’ thing that makes us who we are and a better person, musician, and that dimensional part of having depth. It’s something that without it, we would be bubble people, incapable of experiencing anything. There is a segue here somewhere to get us to hear Rachel’s story…

I remember the feeling of excitement as I boarded the plane to Moscow with my dad in early May 2005. It would be my debut at Tchaikovsky Concert Hall and my first performance of Beethoven Concerto No. 4—all making for a very busy schedule for the 13-year-old me.

Prior to this Moscow debut, I had played concerts in the US and Guangzhou, so this would be a big deal in a way, expanding into a new country, and not just anywhere, but one of the great centers of classical music.

I was not really feeling up to the intensity of this trip, between the traveling and the stress, I somehow wasn’t myself, as I had caught a bad flu before the flight to Moscow. I had had difficulty sleeping on the plane with my stuffed nose and constant coughing. Yet I was so determined to get through this and play with the orchestra there.

As we landed I started to have a headache, so I took something my doctor had prescribed and went to bed early, hoping that by the next morning’s rehearsal I would feel better. Instead, I woke up to an even worse headache which was now accompanied with dizziness.

I insisted to go to the rehearsal anyway, even as the dizziness grew worse. By the time we reached the hall, and I went up onto the stage, I felt like I was about to faint as I sat down on the piano bench. At that moment I could not play a single note, and began retching. It was truly awful. I wanted so badly to be present and work with the orchestra. Even as my will was pushing me to get through this, my body was failing to the point where I could not continue. The conductor suggested we cancel the performance and a doctor was sent to meet with me at the hotel.

After he examined me, he immediately had me admitted to a hospital. Here I was, a long way from home. I was too sick to realize what exactly was happening. In the space of one day, my life was unraveling and time was moving in strange ways. I had fallen into a kind of abyss, the depths of which I was only beginning to know.

The first hospital room they put me in was an iso-unit. As such, everything was completely closed off — no doors or windows could be opened—I do not recommend this for anyone with claustrophobia. It had become a very serious situation as they did not know if what I had was contagious, and if so, what contagion it might be. I had a mysterious illness, and at that time, there were concerns about SARS, so they put me and my dad together in this isolated unit where we stayed for what seemed like days.

I was seen by doctor after doctor and many nurses were coming in and out. After several days of examinations and tests, I was diagnosed with meningitis. The tests were very painful and I remember the bone marrow test was particularly bad. I cried so hard from that.

After more than a week, they moved me to the intensive care unit and my mom made the trip to Moscow to take care of me.

As I was lying in bed with tubes and machines around me, I was still humming Beethoven’s music in my head. Music was a cure for my soul at that moment and it was the 4th concerto that made me want to stay alive and be healthy again. It all seemed unreal and scary. But I knew that I had this great connection within me to music, and somehow that was part of my will to get better. “I don’t wish to die yet,” I told my dad, “there are still so many things I would like to do in life.”

At the end of a month in that hospital in Moscow, I was apparently well enough to be released to travel home to Hong Kong. Still, a doctor was sent to accompany us on the flight, to make sure that my condition was safe enough to fly again. It was all kind of crazy. Just one big round-trip with a month-long hospital detour. Not quite a missing month of my life, but actually the nightmare of this was not over yet.

When we arrived, the piano was the only thing on my mind, having been unable to access any piano in the past month, let alone be in a state to play one. I spent a lot of that month missing my piano and music so much.

As I sat down to play and put my hands on the keys, my fingers would not listen to me. I couldn’t control them. I was unable to play even a simple scale. I was beyond devastated and very frightened. I had been told by the doctors that this condition was temporary, and I already had experienced that the illness affected my motor coordination. It would take time for me to recoup my balance and motor skills again.

The following months were long and weary, between visits to the hospital for more checkups and examinations, I also had physical therapy sessions where I was instructed to practice walking in a straight line, balancing on one leg or throwing bean bags to train my hand-eye coordination. It was like returning to the beginner level in piano for me, I had to practice moving my fingers individually, transferring weight evenly from one to the other and leaping across the keyboard.

During this time, my coordination was not as great as before and it made jumps on the keys much more difficult and less accurate. I had to rebuild my skills all the way back from zero. It was painfully slow, but I was grateful for my teacher Prof. Eleanor Wong, whom I had been studying with since I was nine. She had the most incredible patience and knowledge to help me through these extremely difficult times. Her love and support was always a major motivation for me to pick myself up and get better.

My first invitation came – to perform at the opening ceremony of the Hong Kong Disneyland. I played an arrangement of ‘When You Wish Upon a Star.’ This was a dream come true for any child, but it meant the world to me. Everyone was touched to watch me play on stage and it lifted my spirits. I was determined to reach for the stars again!

A few months later I was invited to play with the Hong Kong Philharmonic and without missing another beat, I decided to play the Beethoven Concerto No. 4. The debut performance of the concerto carried a huge meaning, and I could resonate with the sublime spirit of the piece even more closely after all that had happened and everything I had gone through.

Treasuring the beauty of life with this piece was the most pure gift I could have received, with my return to the concert stage. 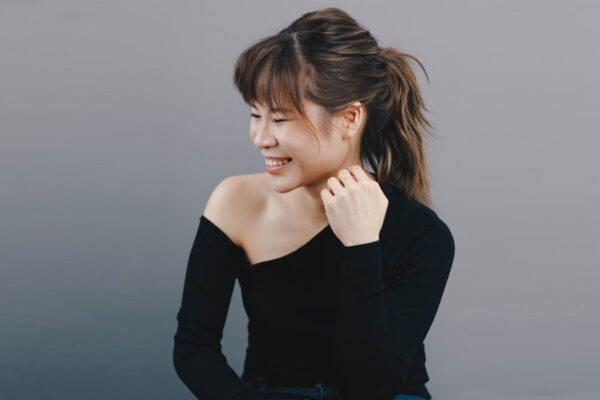 Send this to a friend
Hi, I thought you might like to know about this listing from Mozartslist:
https://mozartslist.com/portraits/rachel-cheung-the-beethoven-concerto-shell-game/