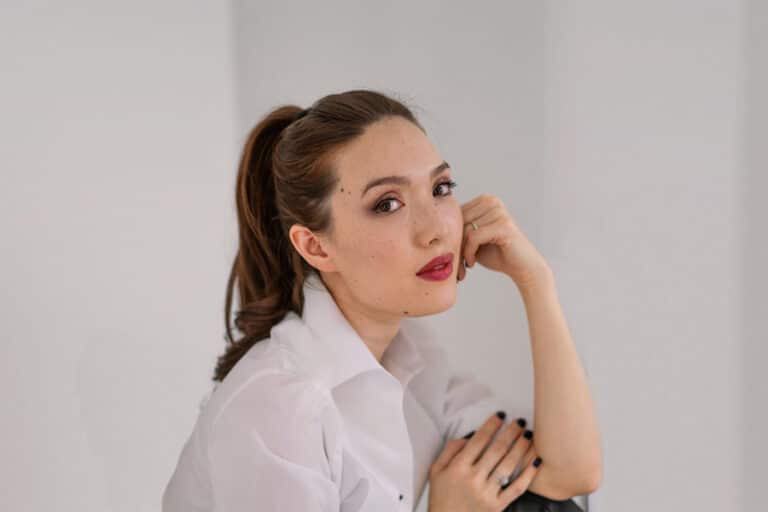 Saved by the Hologram

The 3D Concert @ Home & Other Desperate Measures to Save Classical Music
Mozart's List
No Comments
Views: 9

“What we have here is a failure to communicate.” — from the movie ‘Cool Hand Luke starring Paul Newman

Yeah, that’s it, what we have been looking for all this time, the key is communication. So let’s talk.

If Picasso represents art as an icon then certainly everyone recognizes Mozart as the guy for classical music — but does it go any further than that? Do we fall off the cliff after Bach, Beethoven and Mozart? Yes, unfortunately, we do.

Recently I was talking to someone who didn’t know who Mahler was, or Leonard Bernstein (how quickly they forget..). So many great composers really could have been painters with their sound colors so incredibly visual like Debussy, Mahler — really all of them. Maybe if we just packed it all away into sound museums there would be a world of people who would go and watch holographic concerts. There could be the Brahms Experience, the Hall of Haydn, the Talking Bartok — well you get where this goes. Keeping classical music alive is a labor of love — 50% labor and 50% love. You can’t have one without the other.

So where do we go from here?

Maybe it is a societal thing. Most education is training for the adult requirements of filling in forms to pay taxes. I know that sounds cynical to the max, but there is something fundamentally missing when art falls into the category of misunderstood or obliterated all together. The education gap is a place to start, still doesn’t it feel sometimes like we are bailing out a badly leaking boat?

But all is not lost.

We have ways to uncover this mysterious world of classical music. One is a fun romp through the view of Arianna Warsaw-Fan Rauch, who wrote it all out in her book ‘Declassified.’

It is our good fortune to have her here now! Let’s see what she has to say…

Kathy Geisler: What is your current job in the field of classical music?

Arianna Warsaw-Fan Rauch: I used to tour as a violinist, but recently I’ve been working on my first book, Declassified: A Low-Key Guide to the High-Strung World of Classical Music, which is out on Putnam/Penguin Random House. It’s a fun, voice-driven guide to classical music framed by anecdotes from my life, Juilliard training, and career — and it’s aimed at new listeners.

Kathy: What were some of your early lessons or experiences in classical music?

Arianna: My earliest music lessons came from my dad. He doesn’t play much anymore, but he was a pianist and he used to teach piano and music theory at Phillips Academy in Andover, Massachusetts. He’s such a wonderful musician with so many great thoughts and ideas. His passion for this repertoire is infectious. He created this amazing atmosphere in his classes (I saw this up close when I got to the school) — and his students were always coming over to our house to watch music movies and sightread chamber music.

I used to watch from the doorway — to catch a few glimpses of whichever movie they were watching (usually it was Rhapsody, with Elizabeth Taylor) or to listen to their sightreading — and I really internalized that sense of excitement about collective music-making and music appreciation.

Kathy: What is one of your favorite places and why?

Lucerne, Switzerland. You can’t really beat the combination of the mountains and the water — and the city has so much gorgeously preserved architecture. I also think the Hammetschwand Lift, which was built in 1905 but remains the highest outdoor elevator in Europe, is one of the coolest things in the world. The view from the top of Bürgenstock is breathtaking, and I always feel very moved by the combination of natural beauty and human history.

Arianna: What is one of your favorite pieces and do you have a favorite performer or experience of it?

I’m so bad at these sorts of questions — I always spend ages agonizing over my answer — so I’m just going to go with the YouTube video I’ve been watching the most lately: Lucas and Arthur Jussen’s performance of Mozart’s Sonata for Two Pianos in D, KV 448. I’ve always loved this piece, but the problem is that so few performances of it do it justice. Even with great players, the ensemble is almost never there, which means that so many of the score’s nuances get lost. But the Jussens’ performance has this electrifying unity — and their phrasing choices are just perfect: filled with all the charm, wit, lightness, and tenderness you could wish for. I love to imagine how Mozart would react if he could hear them playing it.

Kathy: Is there an artist no longer living who somehow made an impression on you?

Arianna: Many! But one of the most significant ones was a boy named Rex, whose performance of the Mendelssohn Violin Concerto (which I heard back when I was seven) was what made me want to be a violinist. He was ten years older than I was — a graduating senior at Andover who knew my dad well — and he was immediately my hero. His performance that night was bold and passionate and completely mesmerizing. It made a huge impact on me and the course of my life — and for years, the Mendelssohn was my favorite piece of music. His death also affected me tremendously; I used think of him basically every time I practiced or performed.

Kathy: What is one thing you think will be different about classical music 100 years from now?

Arianna: I think fewer concerts will adhere to the standard 1.5–2-hour model. I could imagine shorter concerts — or longer ones, even — but with significant breaks for discussion and refreshment between each piece. Or with a more flexible attendance policy, where people are freer to come and go. I think more will be done with lighting and visuals (hopefully this will be done tastefully, to highlight rather than detract from the music) — and it’s my hope that the seating in some halls, at least, will be rearranged into more personal, private listening clusters.

One of my missions, in writing my book, is to help protect and preserve this music and its traditions — but I also want to make it accessible to new listeners who may have previously felt excluded by things like the formality of the traditional concert setting. I’m equal parts excited and concerned for the future of the industry.

Kathy: What is something about your work that you think most people have no idea about?

Arianna: So many people think that voice-y writing is achieved by letting words and ideas flow freely out of your brain. They see it as more natural and less labor-intensive than more academic styles of writing. But it’s so much harder to compose an effective, well-balanced sentence that incorporates humor and/or colloquialisms than it is to write a strait-laced, straightforward one. It’s just like crafting a musical interpretation. In the end, it should sound and feel improvisatory and natural, but the process is painstaking — and there are tons of choices to be weighed and toyed around with before you land on the “right” configuration of words.

Kathy: Did you have any life-changing experiences that put you on the path that led you to be doing what you’re doing today? Please explain.

Arianna: I mentioned Rex’s Mendelssohn concerto. That was definitely one, and his death was another. These put me on the path of becoming a violinist. There were a few things that happened to take me off that path, and to send me down the one that led to this book. But the seeds of this book were planted nearly two decades ago, when I took a course that was taught by my parents — “Words and Music” — at Andover.

My mom was an English teacher there, and together with my dad, she taught a class that explicated musical texts — like Joyce’s The Dead and Mendelssohn’s A Midsummer Night’s Dream Overture — as well as musical settings of text — like operas and lieder and so on. It was such a brilliant course (probably the most brilliant course I’ve ever taken), and it really opened my eyes to how much there was to get excited about in this repertoire. It also made me realize that my musicality could translate into writing. I always think about meter and rhythm when I’m forming sentences.

Kathy: Is there anything else you would like to say about yourself, your work, or classical music?

Arianna: There are places in my book where I question or criticize certain approaches to listening to and performing classical music. I also make fun of conductors and violists and basically everyone (most of all myself). The writing is sometimes irreverent by design, and I can imagine that some classical music “purists” will be upset by this. But my goal, here, is to open the gates: to present this beautiful repertoire without the stagnancy and stuffiness that so many people associate with it — and to allow people who may not know how to behave at a concert (or who may not know about viola jokes or etc.) to get a foothold and feel at ease in this world. I hope that listeners and performers who are more ensconced in the traditional classical scene will be able to appreciate and respect this. 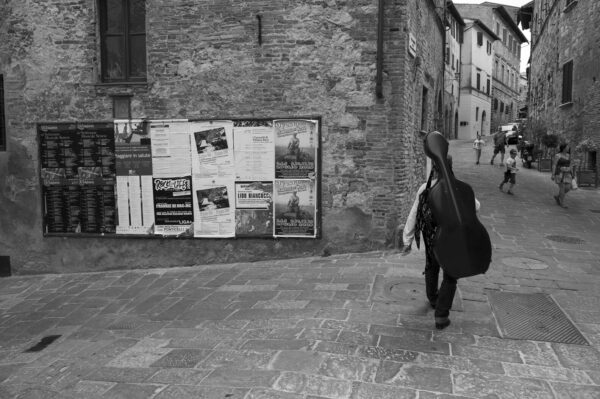 Featured
Favorite
Classical Music is Not About the 'What' But the 'Who'
Media: Blogs and Media
Read More

Saved by the Hologram
You must be logged in to submit the form.

Saved by the Hologram

Send this to a friend
Hi, I thought you might like to know about this listing from Mozartslist:
https://mozartslist.com/blog/saved-by-the-hologram/